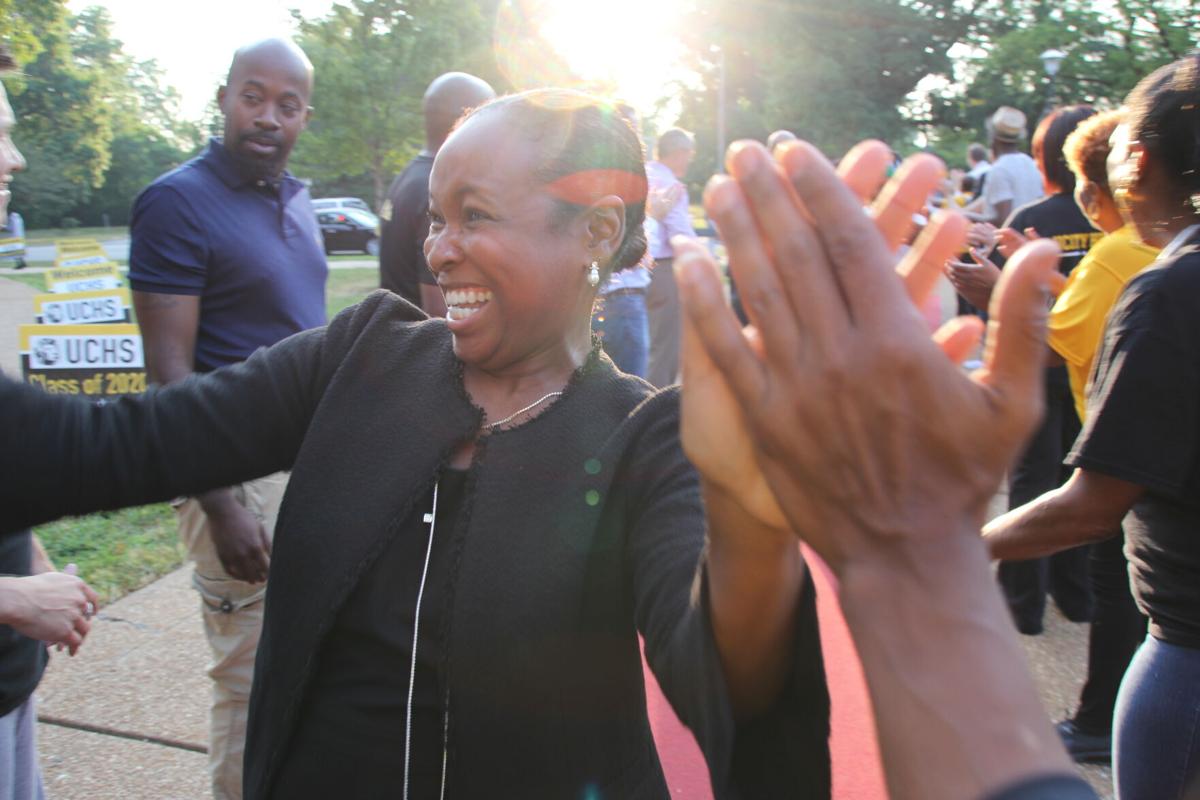 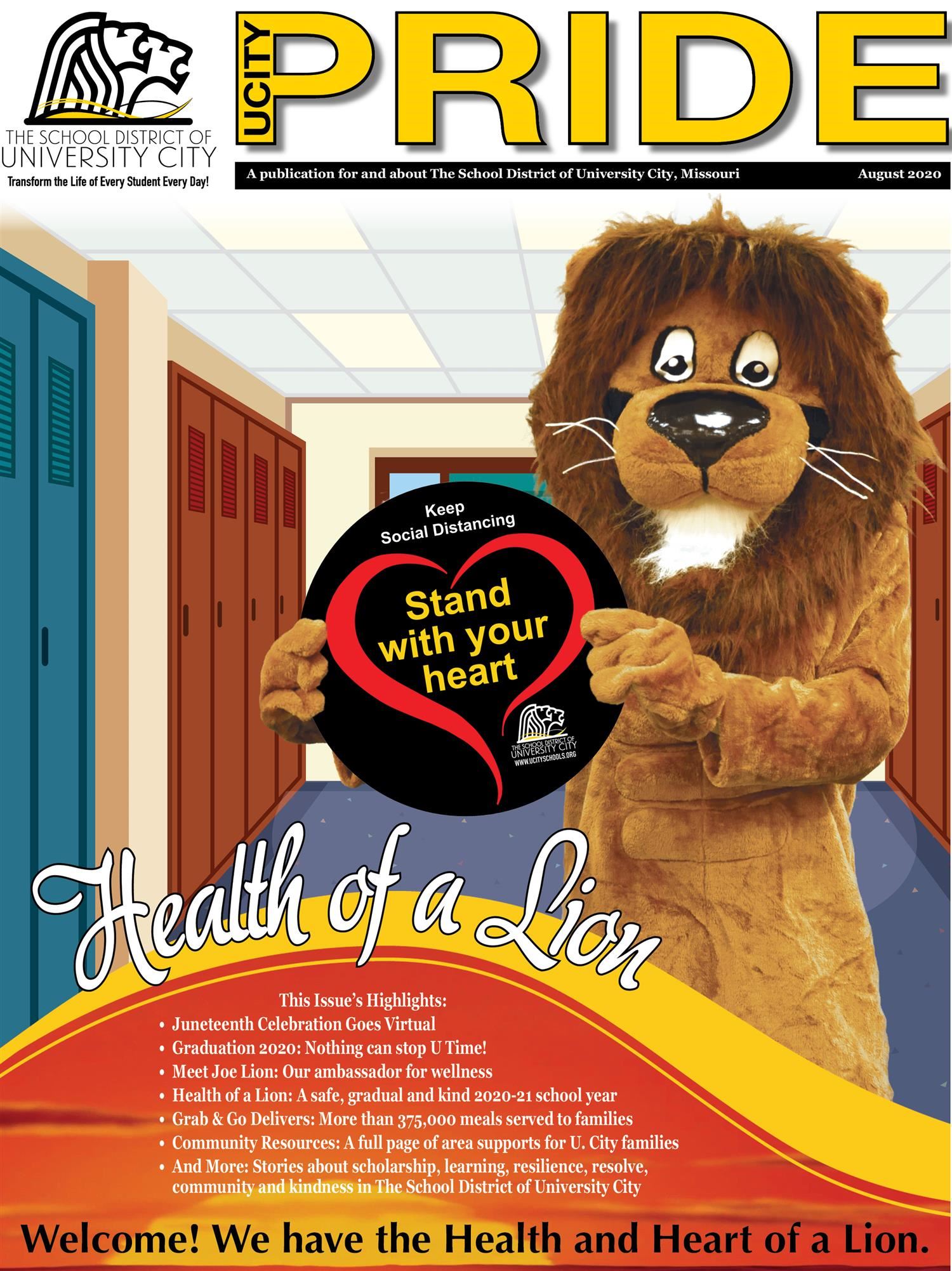 Congratulations to our “Disruptor in Chief,” Superintendent Sharonica Hardin-Bartley! In October she will be honored with the 2020 Stellar Performer in Education Award by the St. Louis American Foundation!

Check out PRIDE magazine for info about the summer meal program! 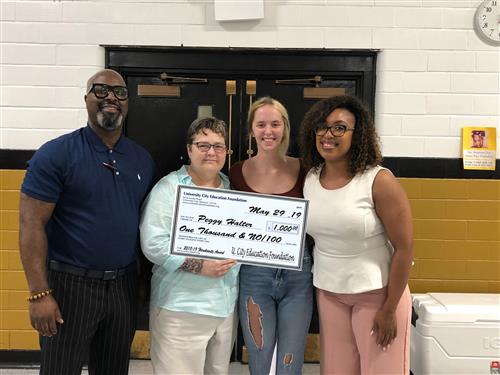 Peggy Halter, a University City High School (UCHS) teacher of Pre-AP American Literature, is the 2019 recipient of the Herskowitz Teacher Recognition Award. The award is sponsored by the University City Education Foundation (UCEF). Halter will receive $1,000 and an additional $500 to be used for supplementing teaching materials in her classroom.

Antoinette Green of the University Education Foundation presented the check to Halter on May 29, 2019 during an end-of-year luncheon held for high school staff. She was nominated for the award by 2019 UCHS graduate Rowan Hoel.

“This class has made me realize my own love of literature to the point where I will be continuing my pursuit of literature and language in college,” Hoel wrote in her nomination essay. “The ability to create such a devoted interest is absolutely unique to Ms. Halter, and is the direct result of her engaging and fruitful classes.”

According to her students, Halter makes Shakespeare entertaining, engaging and digestible. She also encourages students to look for the symbolism in “Crime and Punishment,” or reflect on the stylistic artistry of Charlotte Bronte’s writing in “Jane Eyre.”

It was an accomplished senior year for Hoel as well. She is headed to highly selective Pitzer College in Claremont, California this fall. In addition to writing a four-page heartfelt nomination for Ms. Halter, she was also a part of the school’s Women Empowerment Club. Hoel, along with classmate Leah Zukosky, organized a silent march on the one-year anniversary of the Parkland, Florida school shooting. It was held on February 14, 2019, on the front steps of University City High School. The silent march received extensive local media coverage and was also seen nationally on Fox News.

“After my friend and I completed a protest outside of the school, she [Ms. Halter] almost teared up telling us how proud she was, said Hoel. “The day I was accepted into my dream college, Ms. Halter literally jumped for joy.”

The Herskowitz award is named for Dr. Ira Herskowitz, a University City High School 1963 graduate and 2003 Hall of Fame Inductee. The late Dr. Herskowitz was a top research geneticist and an esteemed professor of Molecular Biology at the University of California – San Francisco. Herskowitz was a pioneer in the effort to learn how genes can influence a person’s response to drugs. At his request, his family established a yearly award to recognize and reward outstanding teachers at University City High School who positively impact students by contributing inside and outside the classroom to the intellectual and personal growth of students, and who emphasize the value and importance of teaching as a professional career.

To help support the continuation of the Herskowitz award, contact UCEF at (314) 290-4050 or ucef@ucityschools.org. 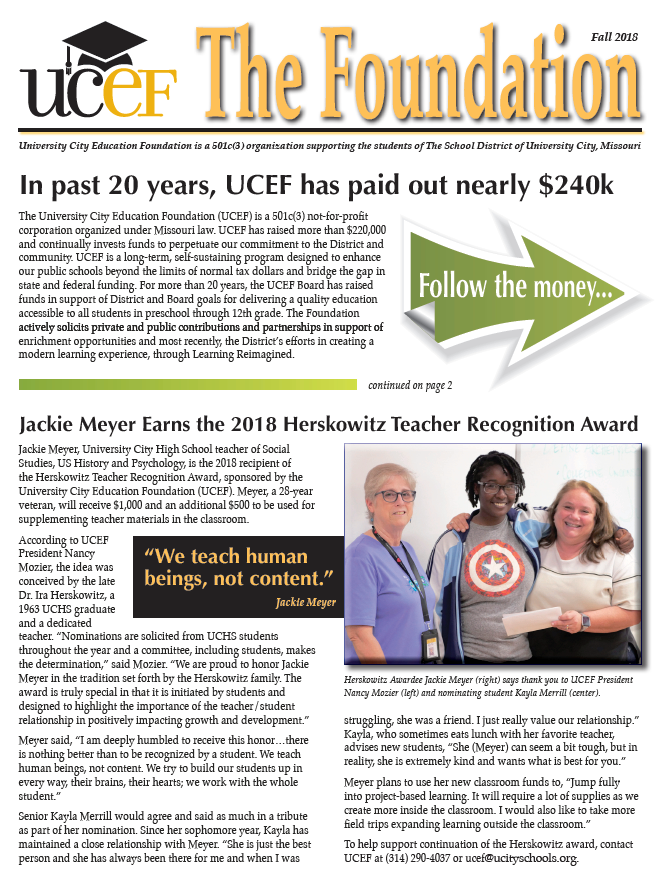 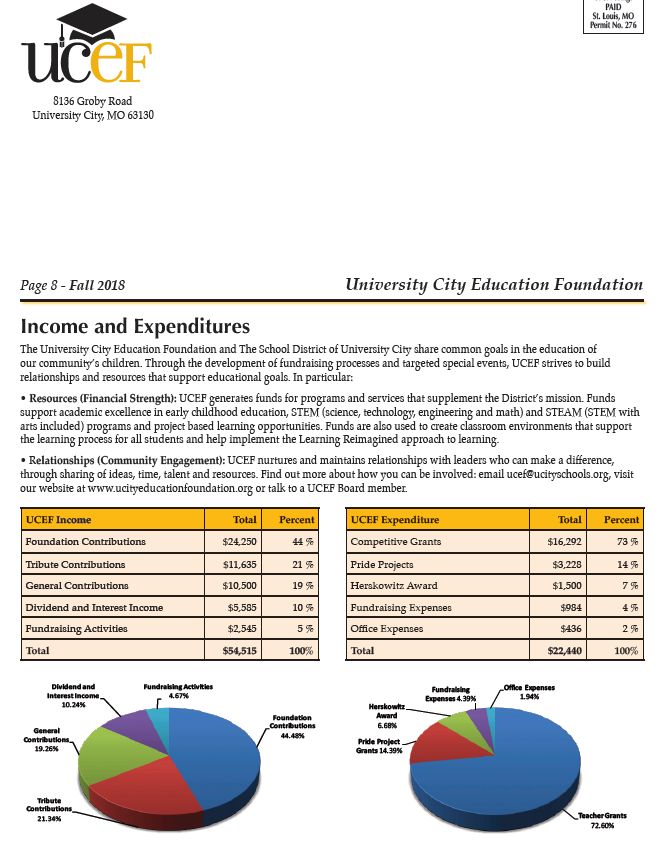 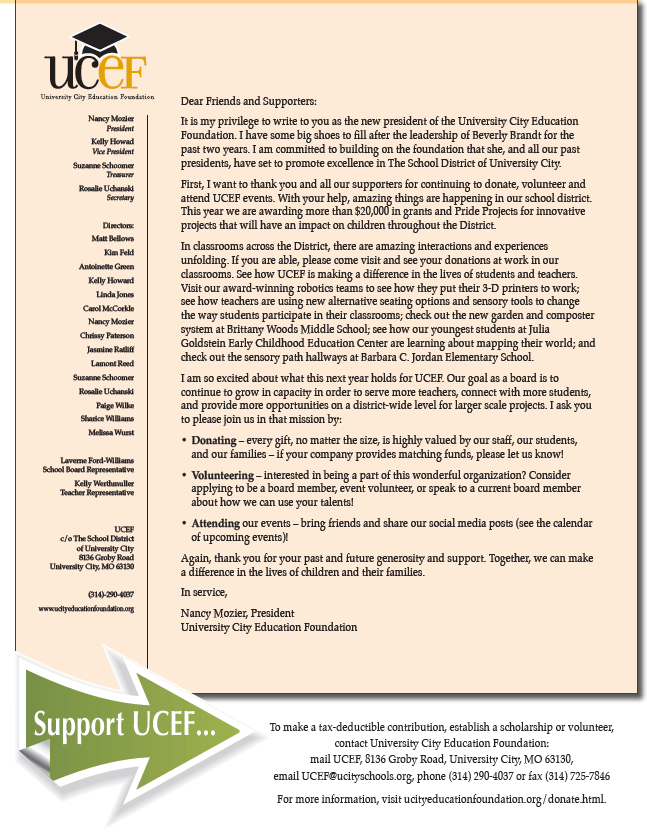